Created for the Magical Girl Jam and RPG Maker Stay at Home Jam!

In a world... with vaguely gritty graphics.... and anime obsessed scientists in need of side-titty. Zelle has the unfortunate coincidence of having a vaguely magical-girl like appearance, which was apparently enough for this... "magical talking dog scientist" to entrust her with the power to save their world.

Does that sound ridiculous? Well that's because it is!!

Join Zelle, the annoyed middle aged secretary as she's forced to fight the zombie apocalypse caused by fanboys trying to create "The waifu of their dreams". Convinced that bitch from HR must have spiked her drink with something, she decides to play along and hope she can make it home to play her switch later.

-The existential question of if this the zombie apocalypse, and this dog is a scientist, THEN WHO IS DRIVING THE CAR?!?

Note: I'm proud to say this short 10-15 minute game was made with my girlfriend, who always supports the things I do. I hope all of you can enjoy it.

these men had a noble quest

This was awesome, thank you! Every time I see someone enjoy one of my games it adds years to my life! I think I may xpand on this one a bit in the future. Likely not a commercial release, but still!

Overall a very interesting experience and a great job at keeping consistency in the persistence of the characters personas. This style of genre could work great as a full game due to the back and forth available between the main character and the scientist, allowing for a continued push into the theme and motif of being anti-magical girl in how it mocks the genre. Not in the same way that Puella Magi Madoka Magica is an unexpected twist on the magical girl genre, but still a welcome addition none the less.

However there are some balancing issues that need to be addressed, and while latitudes are granted due to the nature of the entry, I was a bit confused at how the battle system was structured. For example, if you complete two battles, using only your magic and attack, you will likely die. Even when I completed one battle at a time, and went and bought stuff to restore my MP, I would still die trying to complete all the battles. However, if I skip everyone and go straight to the final boss, you can beat the final boss with your current skills. I did notice I leveled up and learned a seemingly powerful skill, but could never seem to level up to get the skill before the final boss. I am unsure if this is intentional or not to encourage the player to go straight to the final boss? Additionally just to let you know, you can still see TP in the character menu, though you have it disabled in the battle system.

I would strongly recommend that those reading here try this game out as the story and character development for such a short game are great. While the game does need further polish (if desired to be a longer game), it was an enjoyable experience.

I greatly appreciate this level of feedback. We decided to keep the level of difficulty a bit high to encourage players to fight all available villains to unlock the skill and gain the gold to buy needed items in the shop. I do worry that the game was a bit too difficult in the end though. I will say though I'm, did you also fight the optional zombie in the arcade? It was meant to be a bonus so you can gain the best skill.

I'm happy that the story elements shines through as we had many conversations about them. This was a labor of love and I'm overjoyed that even with its faults it can be enjoyed by people!

I love long-form feedback so thank you so much!

I did fight the optional zombie but I didn't see any additional skills afterward. Just to make sure I went back and fought it again and I am not getting any additional skill from that zombie. Overall the difficulty is well balanced, I think the biggest issue is you just don't have enough MP. I really hope though that you will consider making this into a longer project as well, I think a lot of people could get enjoyment from a more fully developed game in this style.

Got it!!! I'll be sure to consider this in the future! This is my first serious entry having a battle system though. I typically make more simulation or visual novel type games, but if it gets traction I can revisit it later.. 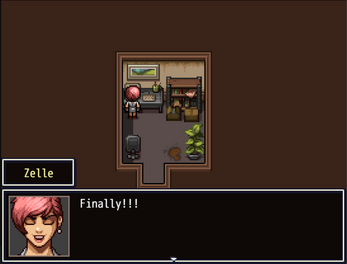 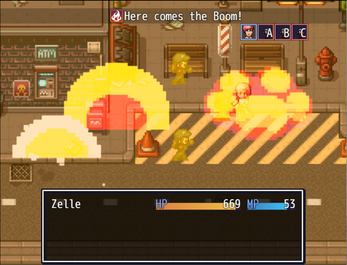 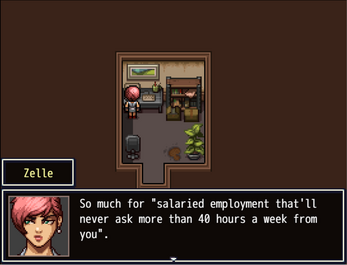 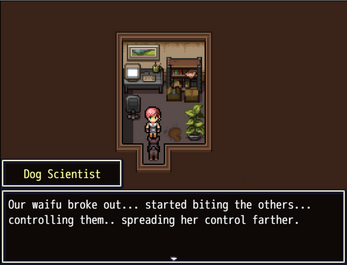 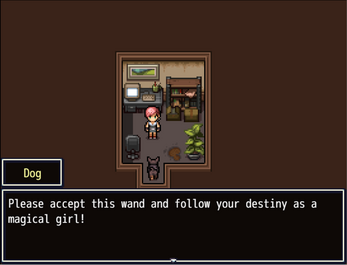 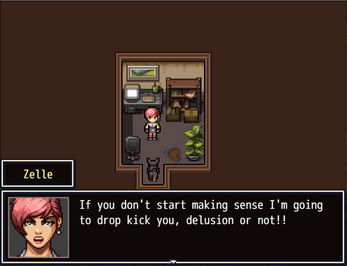