Now on Patreon and Commercial Release in Progress!!

So after careful consideration, I've created a Patreon page for myself!! 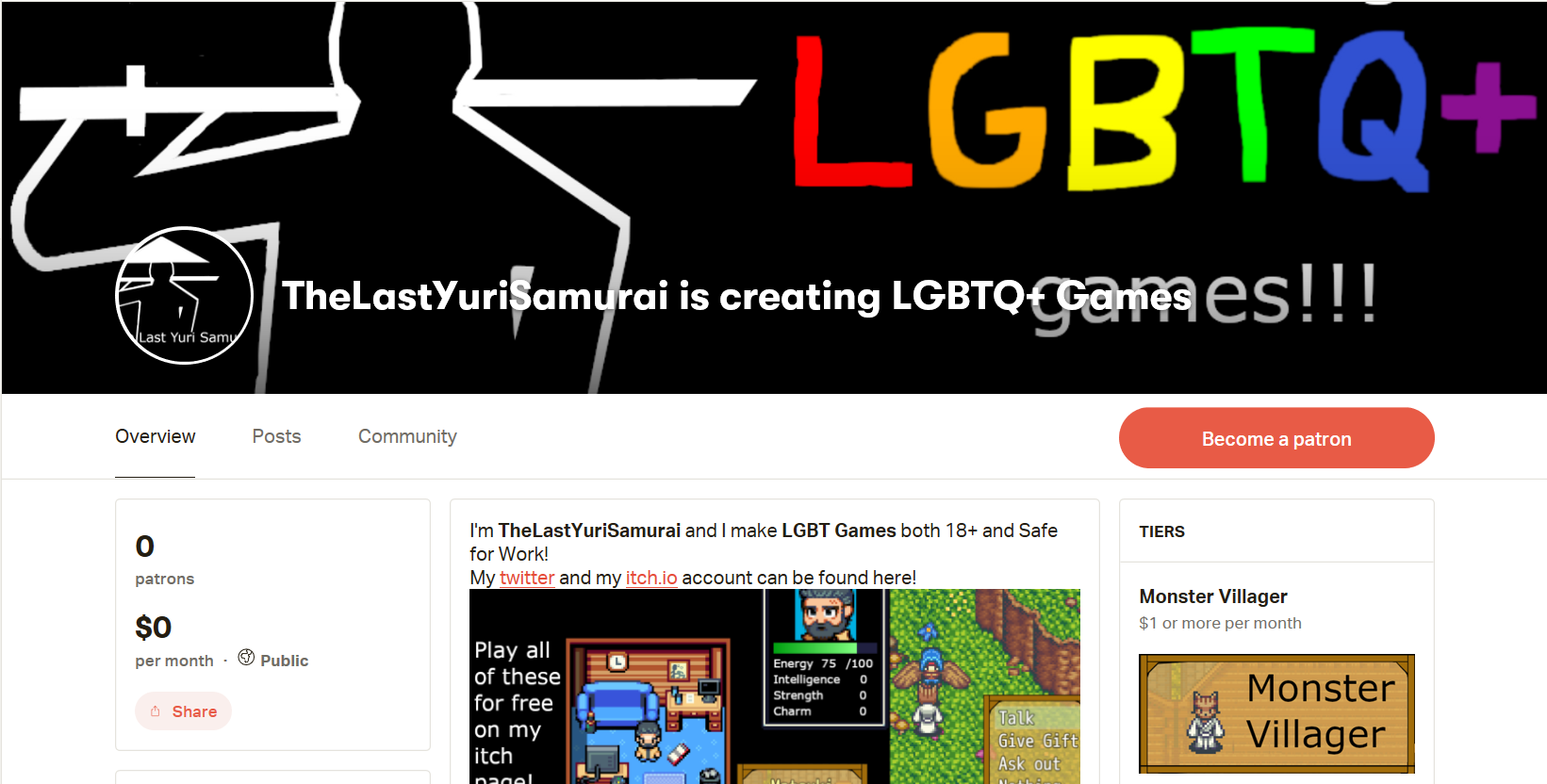 So now any patrons can have early access to any games I work on and be a part of the creation experience by telling me what THEY WANT! I've purposely kept the tiers very low so that any and all of you can get a fair deal and have access to everything. I am currently working on a commercial release for Gigolo Sim which will be released on April 18th! For those who are a $1 patron or above, this release will BE FREE for them!!

But for those of you not looking to become a patron the game will have an further extended demo version and will only sell for 1-2$ anyway.  I want to give people a good experience for a reasonable price! Planned features include:

Win over men and women in a sim for the best of Gigolos!!